She was nothing but a batch of artificial likes and favorites, she liked to stay up at night staring at the screen, it locked her its effervescent light. Her eyes could not see past the colors that psychologically pulled her by the hair.

Was she dreaming or awake? Only alive in the arms of a camera that held her eye and starved her body. Her hair was dyed white and her skin was pale, her eyes were of powder blue. She would have  blended into lost smell of white sheets of paper.

The night carried her out into the darkness, sunlight was not an option. It was the light from her cyborg fingertips which blushed her cheeks with a powdery pink. Makeup covered the bags beneath her lashes and she dressed in plastic.

Her ears heard not of the birds which sang, and her mouth no longer opened to the noise of human voice. A spell had been cast upon her body, and she walked blindly without intention.

She crossed the street within a ractive labeled Mars and knew not of its name, for words spoke, and told her where to turn. She listened to the words. They whispered directions and erased the need for intuition. What a falsity it was, for those who got lost no longer existed.

So she continued through life navigated by a woman named Siri.

Siri was in control, and she liked to play. Day and night she ran inside the minds of all who stroked her light. Structuring the neurotransmitters inside a larger collective preparing their cells for slow decline as radiation seeped into human bodies across the globe.

There was no one left to attend the daisies.

Read Disconnect by Devra Davis to learn about Radiation

The Book Disconnect by Devra Davis PH.D., M.P.H. was sitting on my shelf for months. Its Mid-Pandemic…. ehh why not?

My phone is radiating me?! I was in shock.

Whats’s up with our cell phones?

Do the cell phones which dictate our cyborg lifestyles have a side that is just as insidious as my apple was juicy red.

Is it true? Could the invisible radio frequency radiation really be altering our living cells?!

In 2011 the World Health Organization classified cell phone radiation as “possibly carcinogenic to humans,” in the same category as lead, engine exhaust, and chloroform.

Excuse me for a moment while I make my story on Instagram.

According to the Environmental Health Trust the results have already come in. “From memory damage in teens, to sperm damage, to cancer in animals and humans, the scientific evidence grows every day.”

Can 10 years of research prove all of these claims?

Is it really possible for us to kick such an addictive habit?

Technology is the way of the future and in order to survive I must.

Could the very peice of technology that gives me life simultaneously take it away?

What a contradiction to face.

I need a dirty martini. 🍸

Download the facts which the Environmental Trust Claims below.

that I had trouble finding the exact case studies to support the claims below.

The scientific aspects of becoming cyborgs are still unknown. But what do you think the social and emotional impacts are? 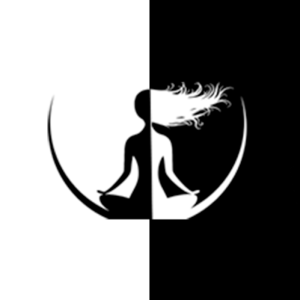